DETROIT — Malcolm Byrd got out of the Marine Corps in 2003 and found work, first in a General Motors factory and then with a nonprofit group. But four months ago, he lost his job because of government budget cuts and has been job hunting since. 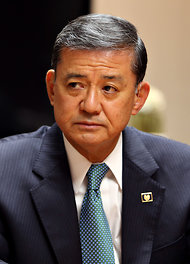 Eric Shinseki, the secretary of veterans affairs, during a job fair held in Detroit last week.

Telling potential employers that he was a Marine supply clerk who managed millions of dollars in Kevlar helmets and folding cots does not seem to have helped him find the management job he is seeking.

“I could run a warehouse, but they don’t put that on your DD-214,” said Mr. Byrd, 38, referring to the official document troops receive upon leaving service. “You do get skills in the military, but people don’t seem to understand that.”

As government and veterans groups work to bring down the high unemployment rate for recent veterans, they are finding a major problem in translating the work of war to peacetime jobs.

In a widely cited recent study of veteran hiring, researchers from the Center for a New American Security, a research organization based in Washington, found that the No. 1 obstacle to hiring veterans was matching military skills with civilian work.

“Civilian employers do not always realize that military-specific jobs — such as machine gunner, tank driver or helicopter crew chief — have some components that are directly comparable to civilian environments,” said the report, which was based on interviews with officials from 69 companies.

With that in mind, the Department of Veterans Affairs brought scores of job counselors to Detroit last week for its largest hiring fair of the year, where more than 8,000 veterans turned up looking for work. The department plans to hold at least nine more such fairs this year.

Among their tasks was building résumés for grenadiers, infantry squad leaders and logistics officers that might make sense to private companies and government agencies. Veterans could also get interview coaching and be directed to relevant jobs offered by 240 employers who sent recruiters to the fair.

By the end of the three-day event, which overlapped with an annual conference on veteran-owned small businesses, more than 1,300 jobs were offered to veterans, the department said.

In an interview, the secretary of veterans affairs, Eric Shinseki, said most veterans left service with marketable skills. “But unless we can translate that into understandable business language, it’s hard for the employer to get a full appreciation for the skills and knowledge the veteran will bring,” he said.

Those skills can indeed be hard to see. A machine gunner, for instance, may seem adept only at dismantling, cleaning and firing a weapon. But military life is also likely to have taught him to be adaptable, disciplined, hard working and a team player. Many veterans will have also managed other service members, responsible for not just planning their days, but also safeguarding their lives.

Mr. Shinseki said the department picked Detroit for its event, where it also assisted veterans in signing up for V.A. benefits and health care, because there were an estimated 94,000 unemployed veterans within a 600-mile radius of the city.

The unemployment rate for veterans of the Iraq and Afghanistan wars has remained above the civilian rate for several years, standing at 12.7 percent in May, compared with 7.7 percent among nonveterans.

The problem is particularly great among younger veterans ages 18 to 24, whose unemployment rate was 23.5 percent in May, 10 percentage points higher than their nonveteran peers.

One reason for the particularly high rate is that many younger veterans do not have college degrees at a time when the already tight job market is demanding them more than ever. Some employers have also expressed concerns that veterans will be hampered by psychological problems like post-traumatic stress disorder, though experts say such concerns are unwarranted.

On the flip side, the Center for a New American Security study found that most companies reported wanting to hire veterans because they are often strong leaders and work well within a structured work setting, among other reasons.

But Margaret C. Harrell, a senior fellow at the center and a co-author of the report, said veterans often struggled to explain their skills to employers. They are also often hurt by licensing requirements imposed by states on certain professions.

Medics and hospital corpsmen, for instance, may have to receive additional training to become nurses or emergency medical technicians, even if they already have extensive experience handling battlefield injuries. “People are less concerned when we talk about giving commercial truck driving jobs to military truck drivers,” Ms. Harrell said. “But it’s a bit harder to know how military medical training translates into the civilian world.”

Glenn McCartan, a former Marine Corps company commander who left active-duty service in 2009, said another frustration felt by many of his peers was being placed in jobs with less responsibility than they were used to.

That may be because they were given latitude in the military, said Mr. McCartan, who worked at a government agency before going to graduate school. But it also may be a result of nonmilitary bosses not understanding military work and thus being wary of giving veterans leadership positions. “A lot of veterans are hungry,” said Mr. McCartan, a major in the Marine Corps Reserve. “They want to be productive, but they are held back.”

Mr. Byrd said he has tried pitching his experience with military logistics to companies like Kmart and Lowe’s, to no avail.

“I’m not hoping for the job of my dreams,” he said. “I just want to be gainfully employed.”